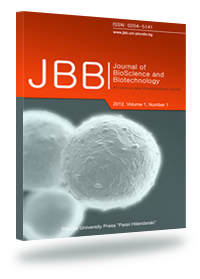 The genetic polymorphism in selectively reared in Bulgaria, local honey bee populations of Apis mellifera macedonica subspecies (type rodopica), has been studied, using analysis of six enzyme systems (MDH-1, ME, EST-3, ALP, PGM and HK) corresponding to 6 loci. Totally 458 worker bees from 12 bee breeding bases for artificially inseminated queens were used for this study. All these stations are part of the National Bee Breeding Association which officially implements a National Program for sustainable beekeeping in Bulgaria. All of the six loci were found to be polymorphic. Only EST-3 locus was established as fixed in one of the investigated populations. Polymorphism with three alleles was ascertained for MDH, ME, ALP, PGM and HK loci and with five alleles for EST-3 locus. The most common alleles in almost all of the populations were MDH-1 100, ME 100, EST-3 100, PGM 100 and HK 100. Two private alleles (frequency < 0.05) were found for two of the populations. The calculated level of polymorphism was 88.33% in only one of the populations and 100% - in all others. The observed and expected heterozygosities (Ho and He) ranged from 0.157 to 0.250 and from 0.206 to 0.272, respectively. The estimated mean FST value from allozyme data was 0.035. On the bases of the allele frequencies of the studied allozyme loci the Nei's (1972) genetic distance was estimated. It ranged between 0.002 and 0.060 among the populations studied.